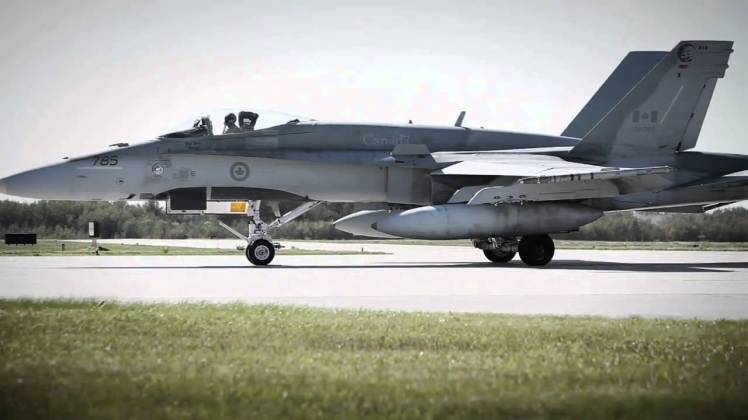 There is only one true imperative in Canadian defence policy — the one thing that Canadians have to do in defence — and that is to cooperate with the United States in defending the American homeland. Everything else we do in defence policy is optional or discretionary: nice to do, but not essential.

That one imperative in Canadian defence policy has existed in one form or another since 1938, just before the outbreak of the Second World War in Europe, when Canadian and American leaders exchanged promises that they would protect each other from attack. This was institutionalized in August 1940 by the creation of a Permanent Joint Board on Defence, a bi-national bureaucratic mechanism for the mutual defence of North America.

The imperative was further institutionalized in the North American Air Defense Command (NORAD) that was created in 1957. NORAD was designed to protect all of North America against attack by bombers from the Soviet Union by “continentalizing” air defence – in other words treating both Canada and the United States as a single unit, organizing the detection and interception of bombers on a continental basis.

The air defence of North America has remained NORAD’s core mission, even after the intercontinental ballistic missiles and submarine-launched ballistic missiles were added to the manned bomber threat. (NORAD was renamed the North American Aerospace Defense Command in March 1981 to reflect the changing technological environment). In 2006, a maritime warning capability was added to NORAD’s mission, which provides for sharing information and awareness of activities in the sea-lanes and maritime approaches to all of North America.

In short, for over seventy-five years, Americans have organized the defence of their homeland around the explicit understanding that Canadians will cooperate in doing what is necessary to ensure that the United States is secure.

Needless to say, there was an implicit understanding in this arrangement: if Canadians were to choose for some reason to no longer contribute to the defence of the American heartland on a continental basis, then the armed forces of the United States would simply do the job themselves — establishing and maintaining detection and interception facilities across the Canadian north, with or without Canadian permission, patrolling over Canadian territory, again with or without Canadian permission. In other words, to defend the American heartland, the United States government would have no difficulty in doing whatever was necessary. And if violating Canadian sovereignty was needed to do the job, so be it.

Canadians always understood this implicit threat to their sovereignty and how to avoid it. Indeed, in the 1970s, Nils Ørvik, a professor at Queen’s University, even gave this strategy a name: “defence against help” – in other words, Canadian defence policy was designed to ensure that the Americans did not step in to “help” protect North America.

The best example of the “defence against help” dynamic at work was the separatist Parti québécois government that came to power in 1976. The PQ was committed to taking Québec out of the Canadian federation. When it came to power, its party platform was strictly neutralist: an independent Québec would not be part of any military alliance, and certainly not part of NORAD.

However, a withdrawal by an independent Québec from NORAD would have created a huge hole in the air defences of North America over the Ungava peninsula, threatening American security. Not surprisingly, the PQ was quickly reminded by some voices in the defence establishment in Washington that if there was such a hole over Ungava, US forces would simply step in and “help” fill the hole, violating Québec sovereignty if necessary. The PQ responded by changing its defence policy: by the time of the referendum in May 1980, the PQ was promising that an independent Québec would be part of NORAD. In other words, the PQ quickly came to understand what Canadians had understood about “defence against help” since the 1950s.

The requirements of the “defence against help” strategy are not particularly onerous: Canadians must participate in the maintenance of detection and interception facilities across North America; maintain a fleet of fighter-interceptors for deployment across the north; and maintain a fleet of capable naval vessels for the maritime mission. Happily for Canadians, the Americans have always embraced a “rep by pop” approach to the costs of the continentalized defence arrangements, with Canadians, at ten percent of the North American population, picking up ten percent of the costs of the binational command.

In the past, governments in Ottawa have always understood this implicit arrangement, and have always acted to ensure that the Americans have never felt the need to “help” – and thus violate Canadian sovereignty.

However, since the Liberal government under Justin Trudeau came to power in November 2015, we have seen a direct challenge to this historical arrangement.

Trudeau promised during the election campaign in September 2015 that, if elected, a Liberal government would not purchase the Lockheed Martin F-35 Joint Strike Fighter. Since coming to power, the prime minister has continued his campaign against the F-35, openly asserting, for example, that the F-35 “does not work and is a long way from ever working” (an assertion that surely would have come as a surprise to the United States Air Force, which declared the F-35 ready for combat just two months later). But Trudeau’s campaign against the F-35 merely continues the political gamesmanship begun by the Liberals in opposition — a partisan response to the egregious and overt politicization of the F-35 procurement by the Conservative government of Stephen Harper.

But this Liberal gamesmanship seriously threatens Canada’s “defence against help” strategy. If the Trudeau government decides not to replace Canada’s aging CF-18 fleet with F-35s, then for the first time since 1960, the Royal Canadian Air Force (RCAF) will not be flying the same aircraft as the United States Air Force (USAF).

In the 2020s and 2030s, the only jet fighters that the USAF will be flying are the F-35 and the F-22 Raptor – the result of a Congressional decision in the mid-1990s to reduce the number of fighter aircraft in the US arsenal. These are two “fifth-generation” fighters, with capabilities that are significantly different from all other fighters on the market. (However, the US government will not allow the F-22 to be sold to any other ally, no matter how close.)

If the Trudeau government decides to continue to play politics with the CF-18 replacement and insist on purchasing any other fighter than the F-35, the Canadian fleet would not be fully interoperational with the F-35s that the USAF will be flying on NORAD duties. If Canada decides to purchase the Boeing Super Hornet, for example, that aircraft is simply not as capable as the F-35.

The choice of a new fighter has huge implications for Canadian sovereignty and the control of Canada’s territory in the north over the next two decades. If Canada deploys anything other than the F-35 for NORAD duties in the 2020s and 2030s, Canadians run the risk that the USAF will simply step in to “help” with their much more capable fleet of F-35s deployed to the front lines of continental defence, with RCAF fighters kept safely in the rear.

The F-35 has both its detractors and its defenders. But for Canadians, there is one overriding and powerful logic for F-35 as the replacement for the CF-18: this will be the fighter deployed by the USAF for North American air defence in the coming decades. If the sole imperative in Canadian defence policy is cooperation with the US in North American defence, then flying what the Americans are flying will be the best way to continue what every Canadian government since the 1950s has sought: to maintain control of Canadian sovereignty through “defence against help.”

Published by the University of Ottawa Military Affairs Association, 3 November 2016